In our home, Minecraft has been a big deal for quite some time. I can't tell you how happy it makes me to see all eight of my kids - ages 17 down to 5 - crowed together in the smallest bedroom to play in the same Minecraft world together!

So, when Eureka Champs offered us the opportunity to try out and review their Online Coding Class, Henry (age 11) was thrilled to sign up!

The best thing about the Eureka Champs Online Coding Class was the teacher! She was fun, enthusiastic, and engaging.

The platform Henry used to join the class allowed the teacher to share her screen but also to see Henry's screen so that she could help him with everything from downloading the educational version of Minecraft to navigating the menu in Tynker.

She was also warm and engaging with Henry as he proceeded through the modules she had prepared for him to try out. They laughed and joked together about the zany outfits he picked for his characters as well as the humor of failed attempts that resulted in goofy virtual mishaps! Learning to Code with Tynker

The virtual teacher first helped Henry begin a download of Minecraft educational edition and then, while that was in process, she set him up with an account in Tynker.

Tynker is a program that uses visual command blocks to teach students about various types of commands so that they can create their own side-scrolling video game including platforms, monsters, and rewards like coins or stars! Through the Tynker platform, she also taught Henry how to use loops to continue an action multiple times. The visual interface of Tynker really helped him to see how loops are collections of commands that can be repeated a given number of times.

When the Minecraft Education edition was finished downloading, the teacher showed Henry how to use command codes to do crazy things in Minecraft, like making it rain Mobs from the sky, or creating a giant block of hundreds of TNT that he could explode simultaneously! In addition to learning specific commands, the teacher also showed Henry how to use coordinates and change the variables to control where specific items would appear when the command was run.

Even after the live class was over, Henry continued to play around with the commands and tricks he'd learned in the Eureka Champs Online Class! He called his siblings over to show them enormous blocks of TNT and various creatures raining from the sky! He was also able to use some of the concepts he learned and change out variables or items to customize the commands to do new things. Henry gives this program two thumbs up and would highly recommend it!

If you have a kid who would love Eureka Champs as much as Henry does, go ahead and sign up now for your free trial class! You'll get a complete hour of full-value learning! 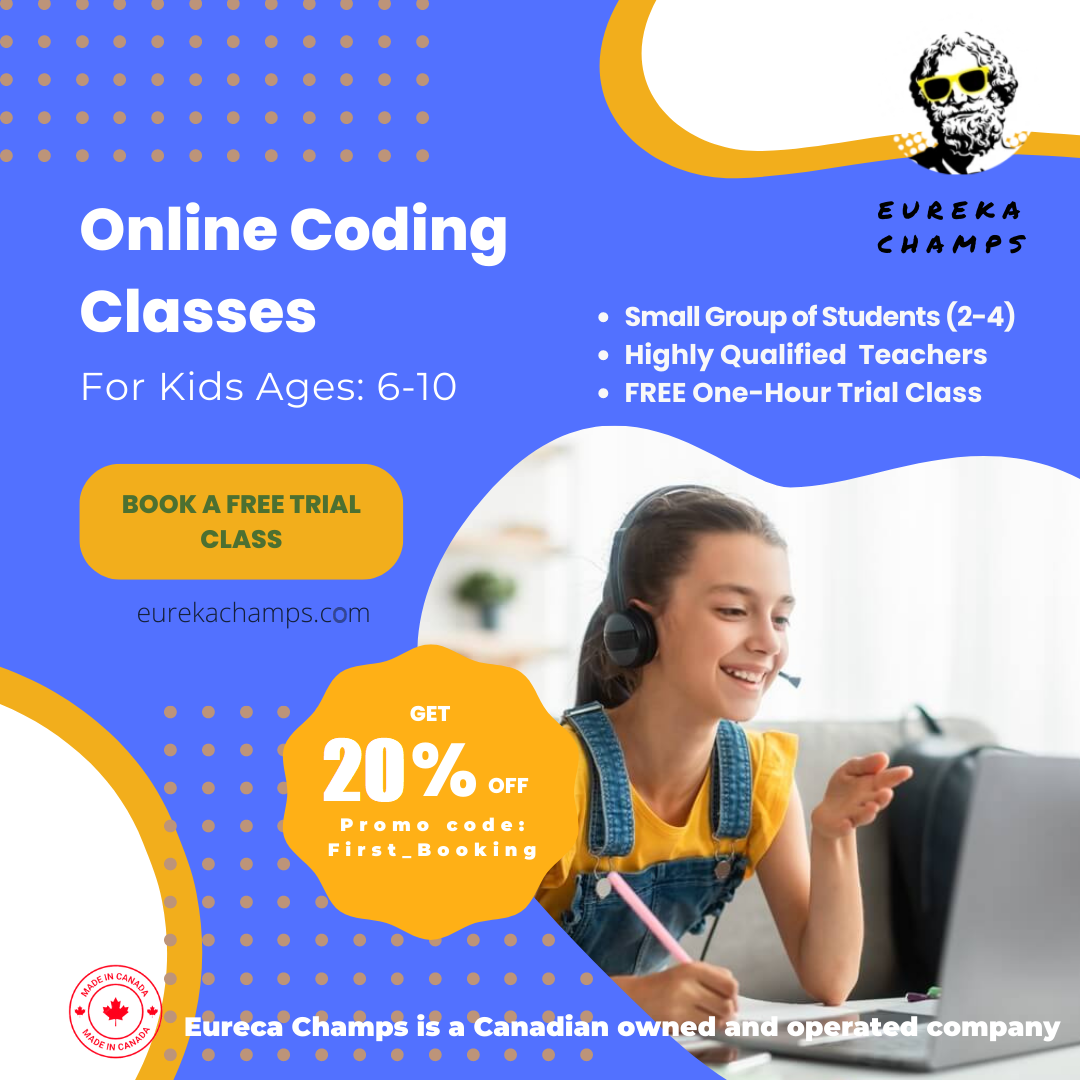 Eureka Champs says their classes are designed for 6-10 year olds, but I will share that Henry is 11 and found it both engaging and challenging. My hunch is that, depending on your kid and her level of enthusiasm for coding, someone as old as 12 or 13 might like this class, too, but that's just my personal opinion.

Either way, it can't hurt to give it a try and see what your kid-coder thinks. If it's a hit (as I bet it will be) you can use code First_Booking to save 20% off your first 8-hour package!